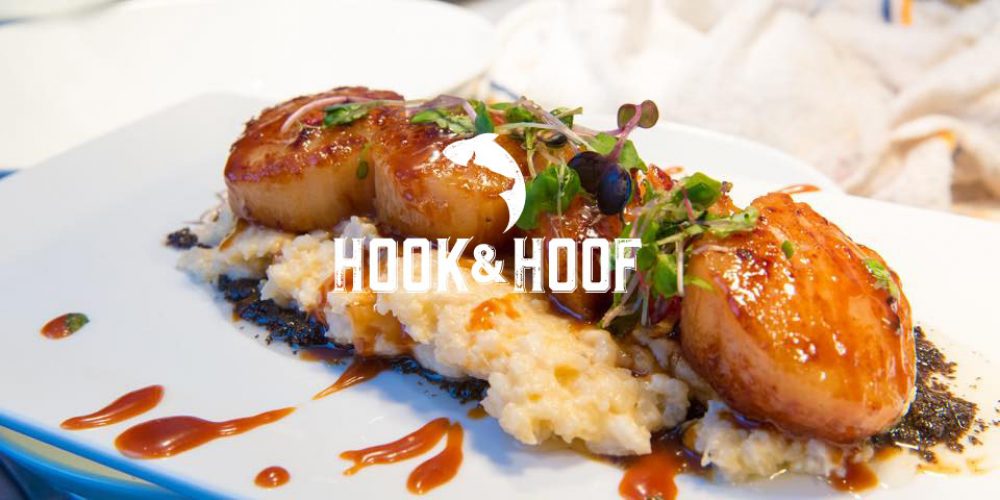 Over the past 5-10 years downtown Willoughby has been experiencing a culinary rebirth of sorts. Several restaurants have now made this beautiful little area home. Let’s start with Pranzo. I’d have to say they were the first that I recall besides the already well established Gavi Restaurant, to come on the scene offering truly authentic Italian cuisine, pizza’s done right & a cozy atmosphere that is reminiscent of a little family gem tucked away in the hillside of any Italian village. One that is always packed because once you’re there, you never want to leave.

Then when Gavi’s closed, Sol Tapas Bar & Restaurant bought the space. Finally some wonderful South American flare & tapas! Who doesn’t like tapas? However, after that we saw anther pause & the Contemporary American scene lagged behind. Particularly when it came to fine spirits, creative cocktails & a refreshed Modern American menu popping up elsewhere in Cleveland. The choices for a long time were either Oliver Twist or Ballantine’s. While they are fine places, they were the only options outside of Italian or Spanish. For the beer lovers, there is & probably always will be The Willoughby Brewing Company. Not necessarily known for fine cuisine but rather for a variety of beers & a lively night scene including live music.

Well, it’s 2017 & things are changing in Willoughby. The pause is over. Just recently we saw Brim open. An impressive building & an impressive beer menu. Not only do they offer great Gastro pub fare, but finally another brewing company, making their own beers with beer flights to taste a variety of flavors & seasonal beers representing the ever changing climate in Cleveland.

Now, we have another stellar place coming up. Set to open this April, Hook & Hoof New American Kitchen takes over Fanucce’s Pizza Shop & brings a truly unique style of Modern American cuisine Willoughby has been waiting for. Something else they’re bringing? Something not seen in downtown Willoughby? Craft cocktails! Yes, actually good, ridiculously good, creative cocktails & fine spirits. This will be a kitchen driven cocktail menu with drinks not yet seen in this neck of the woods. Forget the endless pages of overly sweet martini’s. Think top of the line, hard to find spirits & homemade shrubs instead of artificial cocktail mixes. Fine spirits & fun cocktails to please any palate.

Owners Hunter Toth (executive Chef) & Chaz Bloom (executive bartender & mastermind behind the drink menu) set out to create an environment that is an “homage to classic timeless dishes & ingredients focused on the world of butchery & fish mongering all the while emphasizing locality & seasonality.” The name says it all, Hook (fish) & Hoof (meat).

A few weeks ago I sat down with both men to ask them what their inspirations were in opening Hook & Hoof & talk a little bit more about the menus. Here what they had to say.

Me: “What was your inspiration when creating the food & drink menu?”

Hunter: “I grew up around a family run grocery store with market fresh produce, in house butcher & a family concept of taking our work home with us. I also wanted to incorporate my own travel experiences.”

Chaz: “The classic Prohibition and Speak Easy Era has always been a passion of mine and I wanted the drink menu to reflect that. I never considered myself a mixologist though. More like a bartender relating to the customer & having a relationship with them.”

I have to interject here because based on his drink menu, I’d argue he is a bartender as well as a mixologist & probably a therapist too.

Me: “What were your inspirations in the design of the restaurant?”

Hunter: “I want to capture the space for what it’s worth because it’s small. In my travels I always admired New York, Bostonian & Chicago loft style architecture that gave a bistro feel and I wanted to reflect that style.”

He’s not kidding. The space is small but the layout will be an open floor plan with an airy, cool relaxed style with an impressive chef’s table right in front of the kitchen giving customers a birds eye view of the chefs at work.

Me: “Aside from a great meal what do you want your customers to take away from their dinning experience?”

Hunter & Chaz: “A feeling of youth, a feeling of visiting someplace they haven’t visited in a while & a sense of nostalgia.”

Me: “Will you and your staff be able to accommodate people with food allergies or dietary restrictions like myself with celiac disease?”

Hunter: “Yes absolutely, our staff will be highly trained and well informed.”

Me: “There are interesting dishes on your menu, can you explain a few?”

Hunter: “We will have Beet Carpaccio, a dish that is very ingredient forward focusing on the flavor balance. We wanted to make sure we had a delicious vegetarian option. We will also have an oyster bar with oysters changing twice a week to ensure the freshest in season oysters available. Another dish we really like is the Beef Cheek Toast which consists of slow cooked, braised cheek rendered down till it’s super tender.”

Me: “The Short Rib Stuffed Shells sound interesting, also what exactly is ‘Jane’s Pot Roast’ and ‘Hunter’s Gravy’ used in the Roasted 1/2 Chicken? I noticed something interesting in your Steak and Frites as well. You use coffee and ancho?”

Hunter: “The short rib shells are seared off then slow cooked for 6 hours with fresh herbs and a ton of Zinfandel until tender. Yes, the steak has a coffee and ancho crust which creates an umami flavor that’s hard to explain. It is a compliment to the meat, particularly on a more marbled cut. Jane’s Pot Roast came from my grandmother who is a key player in my inspiration. Our chicken with ‘Hunter’s Gravy’ is my own take on traditional gravy. I use a veggie stock made with foraged vegetables instead of a traditional meat stock. This is done to emphasize the mirepoix flavor of the vegetables that compliment the chicken.”

Me: “You have an impressive drink menu, care to elaborate?”

Chaz: “We will have the largest selection of bourbon around again harking back to the Prohibition and Speak Easy Era. We will have an Absinthe Drip. It will have two fountains….(smiling)…I’ll explain later.”

Chaz: “For the Old Fashion (9) we use Mellow Corn whiskey (an upcoming brand), Angostura Bitters and a Demerara Sugar Cube. We will also use local companies as much as possible. Several local companies currently on the menu include Tom Foolery Distillery in Chagrin Falls and Watershed Distillery out of Columbus Ohio. For the Bijou (12), I’ll use celery bitters and the Smokebomb (10) has Del Maguey Vida Organic Mezcal, Aperol, Lillet Blanc, a smoked ice sphere and torched rosemary. We changed the name of Southern Belle (9). Originally it was called ‘Sweet Georgia’. It was the name Hunter was going to use if he had a girl, but he had a boy instead (laughing). Southern Belle has Prairie Organic Vodka, H&H (Hook & Hoof house made) Raseberry/
Thyme Shrub, fresh pressed lime juice and H&H peach nectar. The San Martin (12) uses Bombay Saphire Gin, Carpano Antica Vermouth and Yellow Chartreuse.”

Something not to be missed and that makes me absolutely as giddy as a baby trying bacon for the first time (umm bacon..ok back to liquor), is a “Create Your Own Cocktail with Shrubs”!!! Yes!!! You can create your own using H&H’s homemade seasonal shrubs. As we enter spring, the shrubs will be Blood Orange, Raspberry/Thyme, Blueberry/Basil and Blackberry/Poblano. Pretty fantastic right? Perfect for my fellow NEODRINKIES.

Overall, this looks like it’s going to be a fantastic place offering delicious, high quality food and drinks. Enveloped in a cool, relaxed space where you can unwind. Stay tuned, I will be following up with these guys next week with pictures of the interior (which they have kept secret so far) and more about the menus.

*Velvet Falernum- “Falernum adds a sweet kick to any tropical cocktail. Falernum is the general term for a spiced-citrusy-sweet syrup used to flavor Caribbean cocktails. Velvet Falernum is the widely distributed Barbadian version…flavor wise, Velvet Falernum is similar to low-proof rum infused with lime zest, ginger root cloves, and other whole spices, almond and sugar so it’s used as a enhancement to booze rather than drunk as booze itself (although a splash over club soda or tonic with a squeeze of lime is quite refreshing).” – Food Republic

Got Questions?
Got Questions?
You have not filled all fields
Your message is being processed, please wait
Comment successfully sent
Captcha failed to verify
Sending failed, try again later
Ask anything about our product and we will reply to you soon as possible
Powered by Quick Comments Plugin