At Lure Bistro we create a gourmet dining experience. We strive to make your dining fun and exciting. Our cuisine is influenced by the seasons, flavors and styles of many cultures so diners can enjoy savoring different mouth-watering dishes. Combining local seasonal ingredients with an infinite spectrum of seafood from around the globe is the basis for Chef Jaret Havanchaks culinary philosophy. We invite our diners to expand there tastebuds by pairing traditional offerings with new and refreshing flavors and textures.

For self-proclaimed family man and restaurateur Jaret Havanchak, food is more than a meal—it’s mostly about family and community.

Residing in Chardon, Ohio, Havanchak, 35, acquired his passion for food at an early age. After harvesting vegetables in his grandmother’s garden at age five and helping his mother in the kitchen growing up, Havanchak received his first job in a restaurant at age 15. He took his passion further and graduated from Pennsylvania Culinary Institute in 2001 and began working under French inspired Chef Rick Boyer at the white table cloth restaurant “Wright’s” in Phoenix, Arizona.

In 2008, Havanchak, began his journey into restaurant ownership and took control of seafood hotspot Lure Bistro, located in downtown Willoughby. Six years later, he opened Square Bistro, located in historic downtown Chardon. Square Bistro specializes in unique dishes in a casual setting, a dozen hand crafted beers on tap and an experience you can’t get anywhere else in Chardon.

When he’s not preparing quality cuisine at his two restaurants, he is enjoying the company of his three children, Ava, 9, twins Ivy and Elena, 7, and wife Rebekah, 36. Watching his children grow up in Chardon has strengthened his love for the community and reinforced his push to support local farmers in his restaurants.

Havanchak focuses on fresh ingredients in all of his dishes including locally grown and raised beef, pork and lamb from New Creations Farm in Chardon. His vegetables are also acquired from various farms in the Geauga County area. 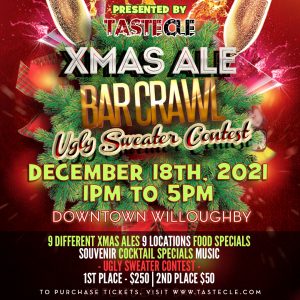 Got Questions?
Got Questions?
You have not filled all fields
Your message is being processed, please wait
Comment successfully sent
Captcha failed to verify
Sending failed, try again later
Ask anything about our product and we will reply to you soon as possible
Powered by Quick Comments Plugin